(Note: if you have a name correction, mail me… Lightning talks go very fast)

Note two: look at the mp3 player for very small kids talk below. That one was great.

She talked yesterday about the difference between academia and industry.

She now told an experience she had at her job. She didn’t need deep learning or other hard stuff. Just a few minutes with pandas and taking the max meant that she became famous in her company :-)

Alff: a linux firewall framework. For instance for a distributed linux firewall, based on a central point of truth/configuration. It knows about network topology, services and security classes. You can extend it with python plugins.

If you don’t know iptables: don’t use this tool.

BiCDaS: Bielefeld center for data science. It is a cross-section of different parts of the university, it is an initiative coming out of a round table. So: interdiciplinary. The participants come from all over the university: biology, sociology, law, technical, IT, etc.

Something they aim at: data science oriented labs. And there’ll probably a master degree program.

Exeptions: the missing how to - Malte Plath¶

Python exception handling: you can build your own. He likes to do that and he categorizes them by caus*. Or by resolution: “can the application recover?”, “can the user fix something?”.

Defining your own exceptions is good for handling known or anticipated problems.

Salt and the kitchen (devops)¶

Infrastructure as code? So test it! For that he uses “kitchen”, it comes from the chef universe. It prepares VMs and you can run your tests on them.

The config is all in YAML.

testinfra is used to enable tests written in python (py.test).

He has a kid of 3 years old that loves listening to music. Loaning your smartphone isn’t always handy. So he build a mp3 player himself.

A box with a raspberry pi in it and an nfc reader. By placing a poker coin with an nfc tag on top, a specific song is played. He even has a web interface to reconfigure the nfc-to-song mapping.

See https://github.com/ehansis/nfcmusik, including a shopping list with the components he used to build it.

batou is something like ansible, salt stack, etc…. Why another one? Well, it was started about the same time as ansible :-)

He likes opinionated software. He wants single-command stuff for this. There’s a ./batou binary inside your project so there’s no bootstrapping and no globally installed tools.

At some point you need to actually do stuff. This is imperative. He uses “components” for this with a .verify() and an .update() method.

GDPR? A EU general data protection regulation. It is designed to harmonize data privacy laws across Europe and should protect all EU citizens’ personal data.

There are some rights: 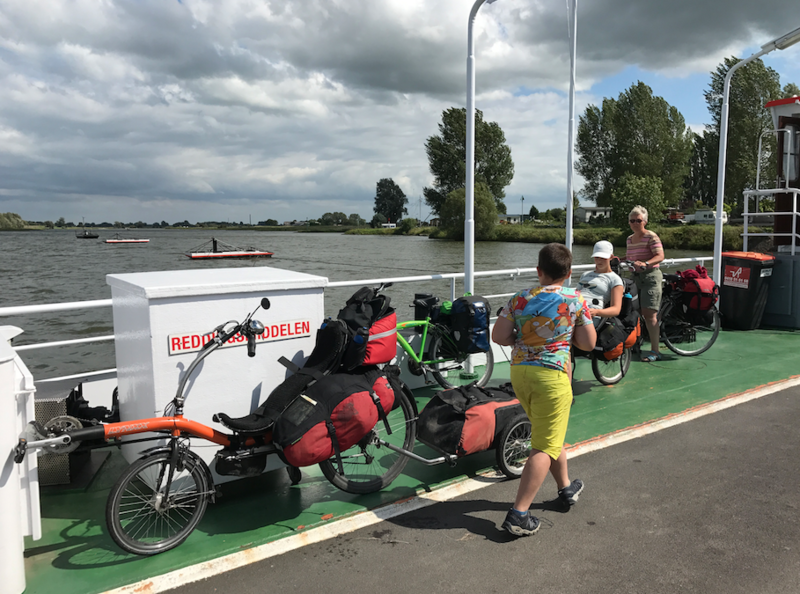 Photo explanation: picture from our recent cycling holiday (NL+DE). Our bikes while crossing a river.