Lightning talks, so I probably won’t get all the names right. If you have additions/corrections, mail me :-)

Making screenshots by hand is a lot of work. You have to do it over and over again for every new version.

Selenium is a tool for instrumenting/steering your browser. He uses chrome --headless. So a proper browser, but without the GUI. py.test handles the various testcases, including the fixtures. Django has a LiveTestServerTestcase that is also handy.

The screenshots are written like tests. Really simple and powerfull.

He had to make some counter-intuitive optimizations lately.

He gathers data about websites and stores the info in mongodb. 500 million domains, more or less. He wanted, from an existing list, to know which domains weren’t in the system yet.

Doing it in python and querying the DB was slow. In the end he exported everything to text files and did it with linux command line tools like sort. Much faster….

Deploying your ML applications with a single command - Anand Chitipothu¶

When you deploy a machine learning application, you normally want to expose some function as an API for others to use.

There is no database performance problem anymore. Regular queries ought to be 1ms or 1ns: way below the human perception speed of 25ms.

Problems start when you’ve got Big Data. But: what is Big Data? How big is big?

Big data…. there are four basic solutions to it:

So: it is mostly solved already.

The things they don’t tell you in university - Sophia¶

She recently moved from university to industry…

So: don’t trust anyone in the university if they tell you about perfect datasets without omissions and errors :-)

16+17 March 2018 there’ll be an open source conference in Kopenhagen. Anything open source is fine. 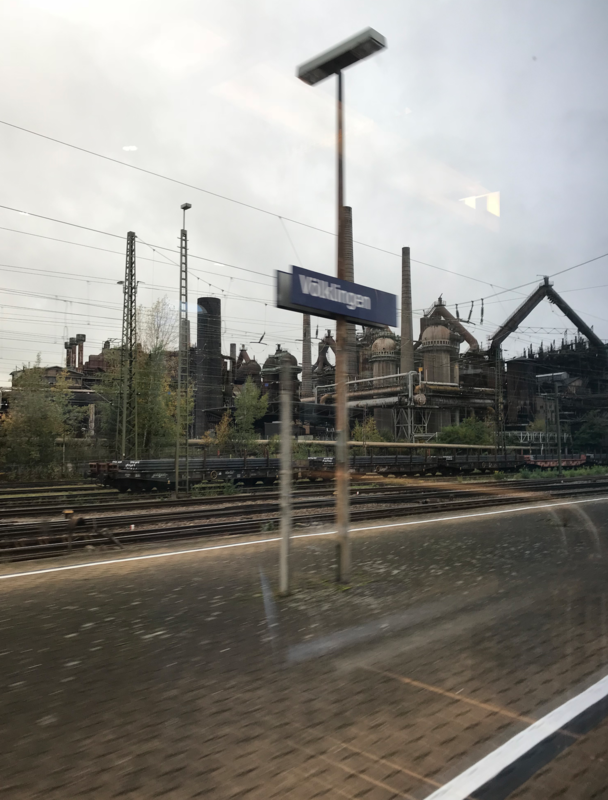 Photo explanation: simply a picture from my train trip (with a nice planned detour through the Eifel) from Utrecht (NL) to Karlsruhe (DE). The disused ironworks in Völklingen, a UNESCO heritage site.