An example of the kind of project he works on: http://tracker.geops.de/ . Also live maps of the train’s location on on-board displays in Swiss high speed trains.

A problem for this kind of work is that there are lots of different data sets. Creating a single unified network map is hard. You have to connect the different formats. The data models also differ. Is a double track railway one railway or two tracks?

Technically, they use postgres/postgis. All the calculation also happens in the database. For importing, they used existing tools. An important post-processing task was extracting the actual railways from the individual track info in openstreetmap. They had to remove the side tracks and then average the tracks to get the railway. For the average, they placed a buffer around the available tracks and then called ST_ApproximateMedialAxis on it.

A problem was the difference you can have per country. They detect the main tracks by looking at railway numbers. But for instance in France, these numbers are often missing…

The buffer size is also a problem. Mountain railways with a small radius that wind slowly up the mountain side can be accidentally merged together if the buffer size is too big. Similarly with overpasses near stations.

In the end, you have to close holes left over by the ST_ApproximateMedialAxis process.

The last task was to tie together the various data sets on the data set borders (normally the borders of countries).

So: openstreetmap data works well and it is universially available throughout the world, but there are big problems with completeness/quality in many countries. The railway company’s own data is often of better quality, but you need to do extra work to import it. 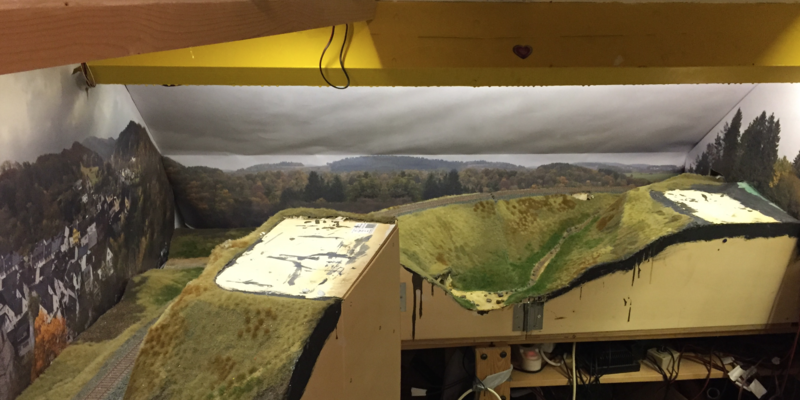 Photo explanation: for this railway-related talk, I find this image of my own model railway (‘Eifelburgenbahn’, under construction) quite appropriate.