The conference started with a quick introduction on several open source programs.

Marc works on both openlayers and GeoExt. Openlayers is a javascript library with lots and lots of features.

To see what it can do, look at the 161 examples on the website :-) It works with both vector layers and raster layers.

Openlayers is a quite mature project, the first version is from 2006. It changed a lot to keep up with the state of the art. But they did take care to keep everything backwards compatible. Upgrading from 2.0 to 2.2 should have been relatively easy. The 4.0.0 version came out last month.

The aim is to be easy to start with, but also to allow full control of your map and all sorts of customization.

(Again Marc: someone was sick…)

Geoserver is a java-based server for geographical data. It support lots of OGC standards (WMS, WFS, WPS, etc). Flexible, extensible, well documented. “Geoserver is a glorious example that you can write very performant software in java”.

Geoserver can connect to many different data sources and make those sources available as map data.

If you’re a government agency, you’re required to make INSPIRE metadata available for your maps: geoserver can help you with that.

A big advantage of geoserver: it has a browser-based interface for configuring it. You can do 99% of your configuration work in the browser. For maintaining: there is monitoring to keep an eye on it.

Something to look at: the importer plugin. With it you get a REST API to upload shapes, for instance.

The latest version also supports LDAP groups. LDAP was already supported, but group membership not yet.

Dominik is one of the MapProxy developers. Mapproxy is a WMS cache and tile cache. The original goal was to make maps quicker by caching maps.

Some possible sources: WMS, WMTS, tiles (google/bing/etc), MapServer. The output can be WMS, WMS-C, WMTS, TMS, KML. So the input could be google maps and the output WMS. One of their customers combines the output of five different regional organisations into one WMS layer…

The maps that mapproxy returns can be stored on a local disk in order to improve performance. They way they store it allows mapproxy to support intermediary zoom levels instead of fixed ones.

The cache can be in various formats: MBTiles, sqlite, couchdb, riak, arcgis compact cache, redis, s3. The cache is efficient by combining layers and by omitting unneeded data (empty tiles).

You can pre-fill the cache (“seeding”).

Some other possibilities, apart from caching:

QGis is an opern source gis platform. Desktop, server, browser, mobile. And it is a library. It runs on osx, linux, windows, android. The base is the QT ui library, hence the name.

Qgis contains almost everything you’d expect from a GIS packages. You can extend it with plugins.

Support via documentation, mailinglists and http://gis.stackexchange.com/ . In case you’re wondering about the names of the releases: they come from the towns where the twice-a-year project meeting takes place :-)

Mapbender is library to build webgis applications. Ideally, you don’t need to write any code yourself, but you configure it instead in your browser. It also supports mobile usage.

You can choose a layout and fill in and configure the various parts. Layers you want to show: add sources. You can configure security/access with roles.

An example component: a search form for addresses that looks up addresses with sql or a web service. Such a search form can be a popup or you can put it in the sidebar, for instance. CSS can be customized.

The postnas project is a solution for importing ALKIS data, a data exchange format for the german cadastre (Deutsch: Kataster).

PostNAS is an extension of the GDAL library for the “NAS” vector data format. (NAS = normalisierte Austausch Schnittstelle, “normalized exchange format”). This way, you can use all of the gdal functionality with the cadastre data. But that’s not the only thing: there’s also a qgis plugin. There is configuration and conversion scripts for postgis, mapbender, mapserver, etc.

They needed postprocessing/conversion scripts to get useful database tables out of the original data, tables that are usable for showing in QGis, for instance.

So… basically a complete open source environment for working with the cadastre data! 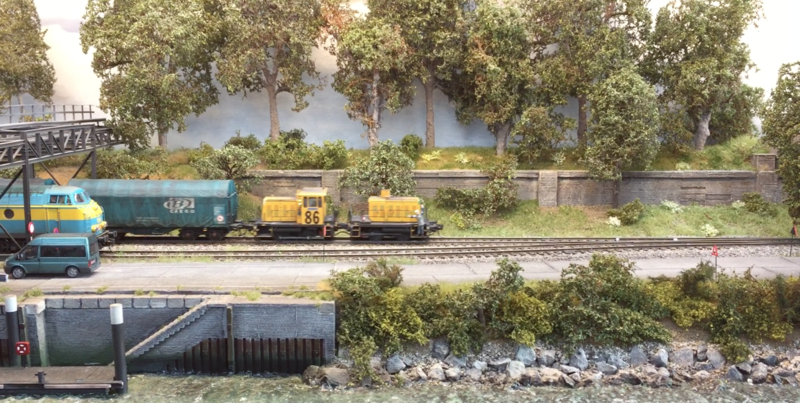