If you want to have funding for open source, money itself is not the problem. There is enough money. The real problem is access to money. As a home-owner, you can get a loan from the bank. As a start-up you can try and find investors. But as open source, there’s no clear way.

You could do things with tipping, bug bounties and so, but that just tries to grab a bit of ready cash, it doesn’t provide regular funding.

Many major open source projects were started by employees. Including Django! It is an environment where you can do some experiments and if they go wrong, you still have your regular job.

A further problem: maintenance of existing projects instead of starting something new. Maintenance is hard. Very good that the django software foundation managed to hire someone (Tim) to basically work on django maintenance. The last releases have been the first ones that happened on time :-)

We need to figure out four things:

Finding the right funder will probably be the last piece of the puzzle, after we’ve figured out the first three points.

So… we’re at the start of exciting times! 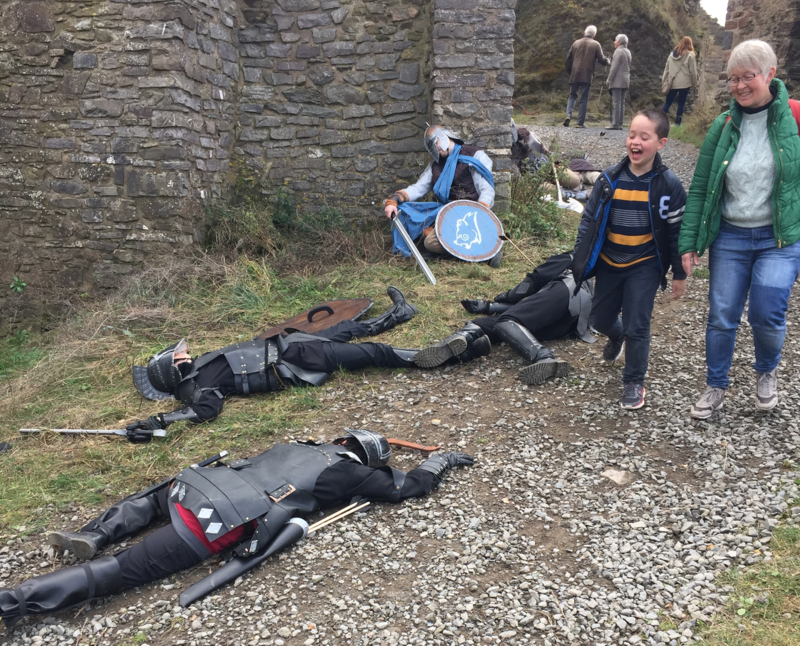 Photo explanation: fighting for funding? While visiting last weekend, we saw some re-enacters recording a movie at a castle in Monreal, Germany. Fun to watch.