Tip: watch django in depth by James Bennett. The database backend is right there at the bottom of the lowest level.

Django abstracts away many of the differences between databases. But not all databases are created equal, so sometimes supporting what django expects is hard. Michael maintains the microsoft sql backend and showed some of the differences.

If you need a custom database backend, you could subclass an existing django database backend. There’s a read-only postgres db backend that has only a few lines of code. But if you create one from scratch, you need to implement about 8 classes.

There’s more than these classes, though.

If you make a query, in the end the .as_sql() method is called on an “sql compiler”. For a custom database backend, you might need to do customization here. Internally, django seems to prefer Postgresql’s sql style.

Database expressions are nice. But they did mean a substantial amount of work in his mssql database backend.

You need to look at database-specific ways in which you could do database injection. And catch it.

You need custom tests. And you’ll sometimes need to monkeypatch existing tests with @expectedFailure. But the good thing is that there’s a huge amount of existing tests that will be run on your database. 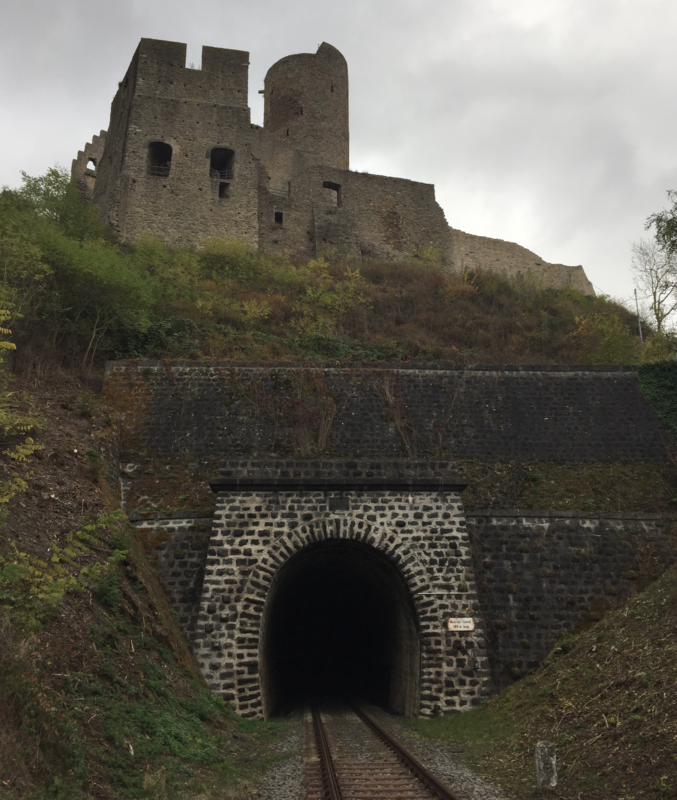 Photo explanation: what is in the back of that tunnel? (Railway tunnel in Monreal, Germany).