Performance? Partially it is a question of perception. Up to 0.1s is “reacting instantaneously”. Up to 1s: “not interrupting the user’s flow of thought”. Up to 10 seconds is slow, but the user might keep waiting. More than 10 seconds and they’re off to check facebook.

To optimize something, we have to measure it. For instance page load time.

Let’s look at what happens for one single request.

On average, the actual webserver processing takes only 15% of the time. The good news is that “it is not our backend’s problem”, the bad news is “we have to fix the speed anyway”.

The core: HTTP/1.1 is bad at fetching many resources. There are tricks like server-side concatenation, image sprites, inlining, daching. Client side you can do DNS pre-fetc, TCP pre-connect, keep-alive and pipelining, parallel connections and caching.

There are three main stages.

If you have JS, you’ll also start a javascript VM.

There are some surprising dependencies. The CSSOM has to be ready before any regular synchronous javascript is executed, for instance!

A trick you can use: async javascript. “Script-injected scripts”. This doesn’t block execution.

Another way of async javascript is to write it like <script async src="...">. This executes immediately without even waiting for the CSSOM to be ready.

The new best practice? Put critical javascript as async in your <head>. If there is some non-critical decorative js, put it as async at the bottom of your page.

Watch out for middleware: if one of your middlewares does a database query, that query will be done on each and every one of the requests. So be careful of doing expensive things in middleware!

In the view code, you can also do optimizations:

If you want to see if your database queries are fine, enable sql logging in your logging setup. (So send django.db.backends logging to the console). 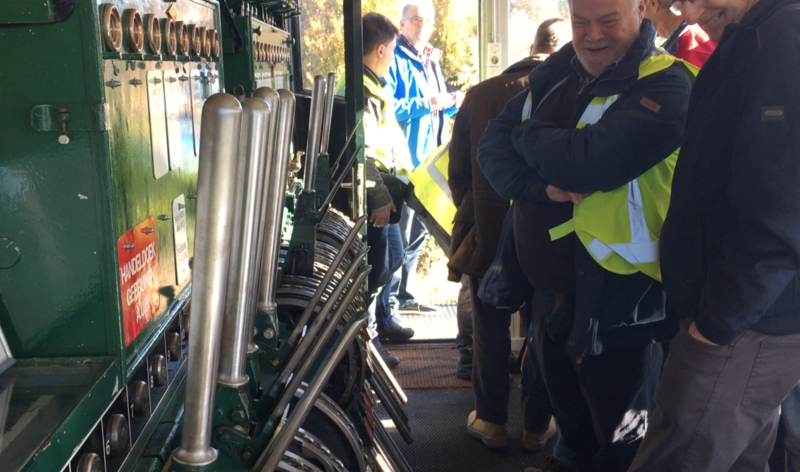 Photo explanation: we got an explanation of how a signal box works. With ten people it sure was crowded. The signal man didn’t mind us bugging him.