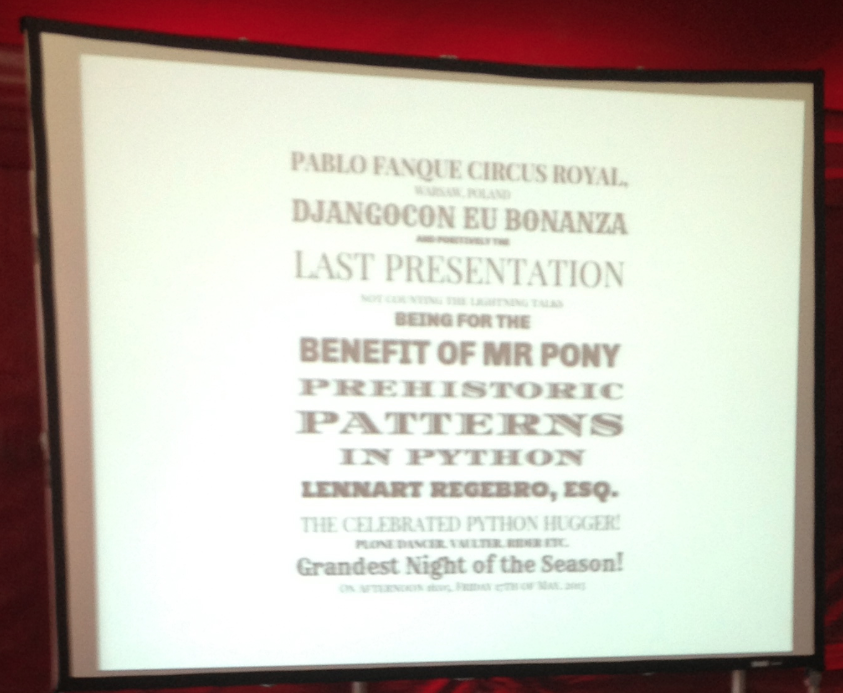 It was added in python 2.5. Previously you’d do a manual check whether the key exists and create it if it misses.

Sets are very useful. Sets contain unique values. Lookups are fast. Before you’d use a dictionary:

You don’t need to turn a set into a list before sorting it. This works:

Previously you’d do some_list.sort() and then turn it into a set.

This one is old::

New is to use a key. That gets you one call per item. The comparison function takes two items, so you get a whole lot of calls. Here’s the new:

This one is very common!

This old one is hard to debug if blank_choice also evaluates to None:

Put constant calculations outside of the loop:

Someone suggested this as an old-dated pattern. You can put it inside the loop, python will detect that and work just as fast. He tried it out and it turns out to depend a lot on the kind of calculation, so just stick with the above example.

Which of these is faster:

It turns out that the first one, that most of us use because it is apparently faster, is actually slower! So just use +.

Where does that join come from then? Here. This is slow:

And this is fast:

The reason is that in the first example, the result text is copied in memory over and over again.

So: use .join() only for joining lists. This also means that you effectively do what looks good. Nobody will concatenate lots of separate strings over several lines in their source code. You’d just use a list there. For just a few strings, just concatenate them.

That’s the nice thing of Python: if you do what looks good, you’re mostly ok.